Is Benefit Fraud a Problem? Astonishing Figures Say No

“We know that there is circa £2.4 billion of entitlement is not being claimed.” – Will Quince

Government figures show that benefit fraud is actually lower than unclaimed benefits. The difference is at least £100 million.

During the Universal Credit and “Survival Sex” Select Committee meeting today, 12th June 2019, Will Quince, the Family and Support Minister at DWP said:

“There are too many people that aren’t claiming all the benefits that they’re entitled to. We know that there is circa £2.4 billion of entitlement is not being claimed.[sic]”

This £2.4 billion figure outweighs the £2.3 billion that the DWP reported as being lost to fraud. The Fraud and error in the benefit system: 2018 to 2019 estimates report from the DWP website shows the figures, below. That £2.3 billion figure for fraud includes values that aren’t continuously reviewed. In fact, some of the fraud figures, such as Carer’s Allowance (at £110m), haven’t been measured in over two decades.

What Benefits Are People Missing Out On?

In his remarks to the Select Committee, Mr Quince seems to have been referring to the amount of unclaimed Income Support(IS) and Income Related Employment Support Allowance. (ESA-IR). Government figures show there was a further £7.7 billion in unclaimed Pension Credit and Housing Benefit, to the end of 2017.

Digging into the numbers further reveals that across the three benefits mentioned above, families could be owed anything from £2,500 to £4,500 annually. Particularly hard hit are those not claiming Housing Benefit who could be entitled to £3,000/year in extra help. Food for thought given the current homelessness crisis sweeping the nation.

There is no clear suggestion from the government of England and Wales about why these benefits are not being claimed or how to improve uptake. The Scottish Government did run a campaign entitled “You’ve Earned It.” Details of the success of that campaign are available online.

It is worth noting that none of these statistics relate specifically to Universal Credit (UC). UC is the newer all encompassing benefit that is seeking to replace the so-called ‘legacy system’ of benefits. UC has been widely criticised, with stories of claimaints being denied benefits receiving plenty of press coverage.

My Personal Experience with the UK Benefit System

A note here on a personal level. I have received both Jobseeker’s Allowance (JSA) and Universal Credit in recent times. As a straight replacement for JSA, UC is miles better. The slogan for it is ‘better off in work’ and from that perspective, the system works.

Under old rules with JSA if I, or anyone else, were to work more than 15.9 hours a week, I would have to sign off the benefit. If my hours then dipped below the 16 hour threshold, I would have to make a new claim. This would involve waiting for payments. As someone with a casual job on a zero hours contract who might work 30 hours in a weekend and then 0 hours for months, this system was a nightmare to navigate.

With UC, the amount I get is simply adjusted based on my earnings and my claim stays live, even for six months after I start full time work… acting as a safety net.

I can only speak from personal experience, but for me: UC is an improvement on the old system. I do understand, however, that people claiming disability related benefits face tougher challenges than I.

What do you think? Have you experienced the UK benefit system? Either under the older style or the new UC? Have you missed out on some benefits you were entitled to? Please share your story below. Comments are welcome from everyone, but please keep the conversation civil. 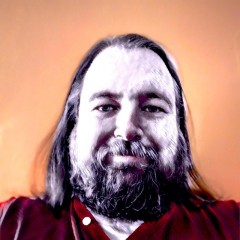 View all posts by AdamLink
Skip back to main navigation

Is Benefit Fraud a Problem? Astonishing Figures Say No

"We know that there is circa £2.4 billion of entitlement is not being claimed." - Will Quince
28 May

I was going to think of a pun or witty play on the classic computer test wording to put here… but in all honesty I came up blank. I’m going to leave this post here, even though it is literally…
END_OF_DOCUMENT_TOKEN_TO_BE_REPLACED
%d bloggers like this: